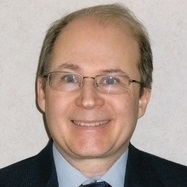 During a very challenging time in the market, from July 2001 to the present, Tom has grown his investment practice to over 150 clients. His practice has grown through word of mouth, with clients referring their family and friends. CPAs and accountants not only refer their clients to Tom, but their friends and families as well.

His degree in Business Administration with a specialization in Finance, is from Marquette University. He also holds Chartered Financial Consultant and Chartered Life Underwriter professional designations from The American College.

Tom grew up in Watseka, a small town in Illinois about thirty miles south of Kankakee. In his senior year of high school, Tom was voted class president. Following in his father's and sister's footsteps, he attended Marquette University in Milwaukee. Tom not only studied the field of finance, but also benefited from the Jesuits curriculum requiring twenty-one credit hours of philosophy and theology. Business courses were taught with a focus on the human element. Around 2002, with the collapse of major corporations due to accounting fraud, many universities decided to start emphasizing ethics in their business courses. While Tom had been out of Marquette for nearly twenty years by then, he knew that every dollar invested in his education was well worth it.

Preparing for the unexpected can make all the difference if your family relies on your income.

The LGBTQ community has fought hard for fundamental human rights, from workplace treatment and healthcare to marriage and family planning. These milestones in LGBTQ rights, coupled with strong financial habits, can help create...

How much could you save now and in the long-term?